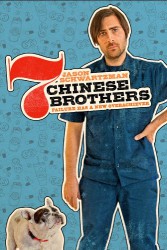 Storyline: Larry (Jason Schwartzman) is content with his dog Arrow and booze, barely tolerating anything or anyone else. His marginally successful relationships include his grandmother, who keeps him afloat financially, and his best friend Norwood, who provides him with pharmaceuticals. But a chance encounter at a Jiffy Lube gives Larry a beguiling new boss and the impetus to head in another direction for a while. This movie showcases all that may be needed to help a person get unstuck in life: love (or an unrequited crush), friendship (or someone your family likes better than you) and family (or in this case a grandmother who will support you whenever you get fired from a job).