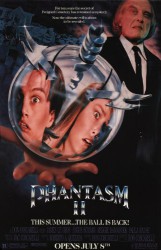 Storyline: Mike is released from psychiatry, when he agrees with the doctors that the terrible happenings in his past were just in his imagination. But once he's free, he contacts Redge and they team up to hunt down and eliminate the "Tall Man", who plunders the graveyards and steals the corpses with help of his terrible dwarfs. A beautiful strange girl starts to appear in Mike's dreams. He assumes she's in danger and needs their help - will they find her before the Tall Man can do her any harm?