EMDB > All Movies > P > Perfume: The Story of a Murderer
Previous Next 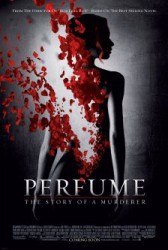 Storyline: Jean-Baptiste Grenouille came into the world unwanted, expected to die, yet born with an unnerving sense of smell that created alienation as well as talent. Of all the smells around him, Grenouille is beckoned to the scent of a woman's soul, and spends the rest of his life attempting to smell her essence again by becoming a perfumer, and creating the essence of an innocence lost.