EMDB > All Movies > P > Phantasm III: Lord of the Dead
Previous Next 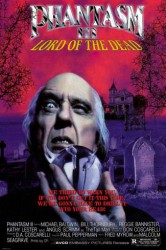 Storyline: The Tall Man, that imposing menace from Morningside Mortuary, is back and once again haunting the thoughts of the now-adult Mike and his friend, ex-Ice Cream vendor Reggie. The two continue their hunt for the mysterious figure and in his path of destruction encounter a variety of dangerous situations, friends and enemies. They also must contend with the resurrected dead plus a growing number of the infamous and deadly silver spheres which aid the Tall Man as he sets his sights on indoctrinating Mike and finishing the fight begun so many years ago.