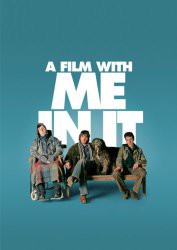 Storyline: Mark is a wannabe actor, penniless, clueless, and inept. He cares for a brother who's paraplegic, and he has a girlfriend, Sally, who wants out of the relationship. His idea of life is to go to the occasional audition, dodge his landlord (having spent the rent money Sally gave him), give Sally a hang-dog look, and talk with Pearce, who lives upstairs. Mark's flat is in disrepair: the kitchen window slams shut, bits of plaster fall from the ceiling, a bulb fizzes, and the sitting-room chandelier sways. When an awful accident happens, Mark freezes, which precipitates additional accidents; he finally calls Pearce, perhaps the worst decision possible. Will Mark come to his senses?