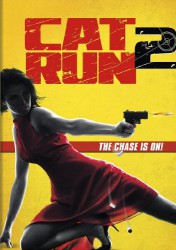 Storyline: Gritty and action-packed, Cat Run 2 stars the seductive Winter Ave Zoli (Sons of Anarchy), as a high-end call girl with a secret military connection. Better than ever, Scott Mechlowicz and Alphonso McAuley return as Anthony and Julian, the unlikely team of bumbling, up-and-coming private detectives. After a "sex party" turned massacre leaves Julian's cousin in trouble, the wannabe detective team takes on the case and discovers a military secret they wish they hadn't. This sexy, thrilling, epic will leave you at the edge of your seat!