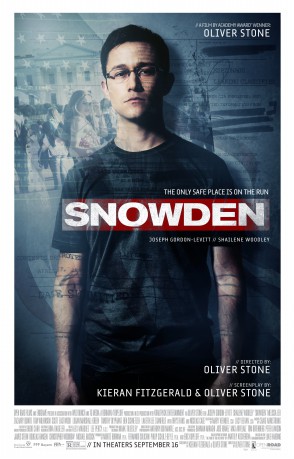 Storyline: SNOWDEN stars Joseph Gordon-Levitt and is written and directed by Oliver Stone. The script is based on the books The Snowden Files: The Inside Story of the World's Most Wanted Man by Luke Harding and Time of the Octopus by Anatoly Kucherena.