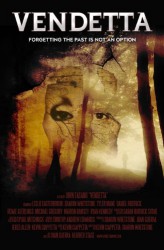 Storyline: Thirteen years ago, the town of Madera Verde, Florida was rocked by the brutal double murder of Olivia and Victor Mendoza. Their assailant was never caught. Their now-grown daughters, Katrina and Irene, have adjusted to life without them and have seemingly moved on. Almost to the day of the horrific event, a vengeful killer begins picking off those closest to them one by one. As the hours tick down to the anniversary of their parents deaths, the sisters rally to figure out the enigma behind their parents long-since unsolved murders before they, too, end up dead.