The Unauthorized Saved by the Bell Story (2014) 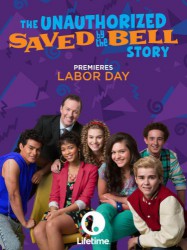 Storyline: "The Unauthorized Saved by the Bell Story" delves into the experiences of six unknown young actors placed into the Hollywood spotlight, exposing the challenges of growing up under public scrutiny while trying to maintain the squeaky clean image of their popular characters both on and off-screen.