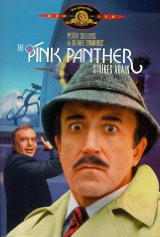 Storyline: Charles Dreyfus escapes from the mental asylum and tries to kill Chief Inspector Jacques Clouseau. He doesn't succeed at first, so he takes on another strategy, namely to build a Doomsday machine and demand that someone else kills Jacques Clouseau, or Dreyfus will use the machine to wipe out whole cities and even whole countries... With about 22 assassins from all over the globe on his tail, Clouseau decides to find Dreyfus alone and put him back in the mental asylum.