EMDB > All Movies > A > At Close Range
Previous Next 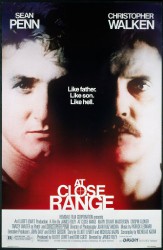 Storyline: Based upon the true story of Bruce Johnston Sr., his son, and his brothers; together, they constituted one of suburban Philadelphia's most notorious crime families during the 1970's. Their criminal activities ranged from burglary, theft... and ultimately, murder.