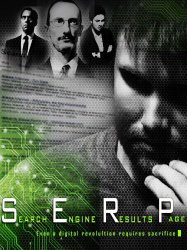 Storyline: When the search engine he designs answers "yes" to the question "is the government of the United States evil?", a brilliant computer programmer is arrested and held in isolation. Desperate, but keenly aware of the answer's potential effect on the public, the programmer strikes a deal with his interrogators, agreeing to re-design the software in exchange for his freedom. As they search to understand why the program answered an ethical question and try to find a way to change its response, the faith and patience of both the programmer and his captors are put to the test. Suspenseful and darkly comic, S.E.R.P. is a film about coercion, innovation, and whether it is possible to do something good in the service of something evil.