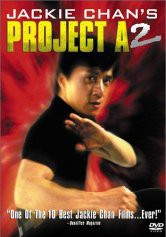 Storyline: Dragon Ma is back, having rid the seas of the dreaded Pirate Lo. Back on land, he is assigned to the police force, where he is to clean up corruption and crime in a local suburb. Along the way, he is caught up in the fate of several Chinese patriots attempting to secure sympathy and support for their revolutionary cause. The Chinese Manchu government is after these revolutionaries, and anyone that stands in their way is in trouble, even if they are in the police force.