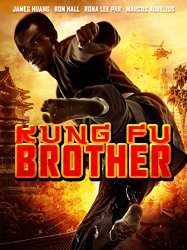 Storyline: In this action packed, international comedy thriller, three cops and a female reporter are in hot pursuit of a murderer whose quest is to acquire the Sacred Kuji Denjo Scrolls. As the team traverses across the globe in this perilous adventure, they can't seem to avoid hand to hand combat battles, white knuckle car chases, sword fights, and explosive gun fights. The crew must find a way to discover the murderer fast enough so they are no longer targets of ancient Thailand's Weirding Clan. Directed by Marcus Aurelius.