EMDB > All Movies > K > Kingsman: The Secret Service
Previous Next 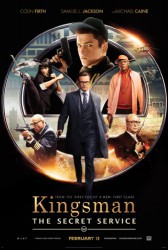 Storyline: Harry Hart is part of an elite secret spy organization called the Kingsman. When he finds a regular street kid named Gary "Eggsy" Unwin down on his luck, he recruits him into the ultra intense training program. Meanwhile, criminal tech mastermind Valentine is planning a mass genocide to wipe out certain DNA codes. When the Kingsman learn about the crime, Hart and Eggsy have to spring into action, track down the mastermind and his weapon and sift through a web of traitors to stop his plot.