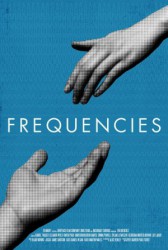 Storyline: OXV: THE MANUAL is being billed as the world's first Scientific-Philosophical romance. Boy meets girl in a not-quite-here, not-quite-now world where one simple discovery has forever changed all human interaction. The film could perhaps best be described as a combination of 'Eternal Sunshine of the Spotless Mind', '(500) Days of Summer' and 'Primer'.