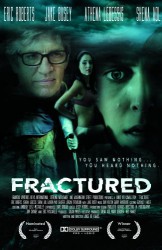 Storyline: May Oster, played by Athena Lebessis, is a beautiful, pensive, somber woman in her mid twenties; a beautiful woman that discovers her boyfriend's bloody scarf in her apartment following a black-out episode. This unearthed white scarf covered in crimson drives May to attempt suicide. May is taken to a psychiatric ward under the care and influence of Dr. Ballard, a fifty-eight year old psychiatrist/acclaimed author, played by Eric Roberts. May is immediately thrown into seclusion. Detective James Harding, played by Jake Busey, appears to question May about a horrific murder. This questioning thrusts May into narrating an in-depth story about an unnamed woman's involvement with unsavory characters leading to multiple murders. Will May regain her sanity, restore her normal life and unravel the mystery of her true love? Only time will tell.