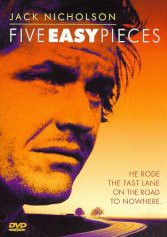 Storyline: Robert Dupea has given up his promising career as a concert pianist and is now working in oil fields. He lives together with Rayette, who's a waitress in a diner. When Robert hears from his sister that his father isn't well, he drives up to Washington to see him, taking Rayette with him. There he gets confronted with his rich, cultured family that he had left behind.