EMDB > All Movies > F > Face Down
Previous Next 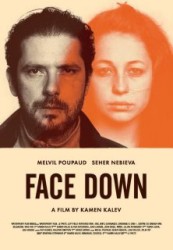 Storyline: The film follows Samy (Melvil Poupaud) and his struggle through the Balkan criminal underground and Roma ghettos. Samy is caught by the police in France for smuggling counterfeit money from Bulgaria. Pressed by ambitious police investigator he becomes police informer and is planted undercover among the Bulgarian mob. While involved in human trafficking, he falls in love with Elka (Seher Nebieva), a Roma prostitute.