EMDB > All Movies > D > Do Not Disturb
Previous Next 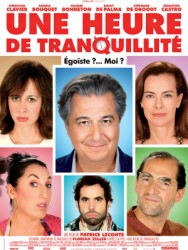 Storyline: When scanning a flee market, Michel buys an album, very precious to him. He rushes home to listen to it. As soon as he turns it on and settles down, he is disturbed by noise and constant disasters that don't allow him to just enjoy his album in peace.